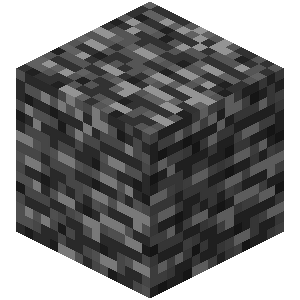 This minigame is available on multiple Minecraft editions.
Please refer to Cake Wars (Bedrock minigame) for the Bedrock version.

This page is unfinished.
It's missing information or has become out of date. Here's how you can help: General revision needed.

Cake Wars is a minigame that was released to Mineplex on November 9, 2017. In Cake Wars, teams of players have to eat the other teams' cakes and be the last player or team alive.

The goal is to eat the other teams' cakes and eliminate enemies to win without being eliminated.

16 players split up into 4 teams (or 2 players over 8 teams in duos) or 1 player over 8 teams in Solo and spawn on their own floating island. Each team has a generator which generates Bricks, Emeralds and Nether Stars. These resources are used to buy items at the 3 villager shops. At the start of the game, the generator only produces Bricks, with the teams having to capture and hold different beacons (working similarly to the Control Points in Dominate) to generate Emeralds and Nether Stars. There are 4 Emerald Beacons on the right and left sides of each team's spawn island (or in duos and solo, between Red and Green, Cyan and Orange, Pink and Blue, and Yellow and Purple islands). In the center of the map, there is a larger island with one Nether Star Beacon. After some time, smaller so-called cake islands will start spawning which contain loot. After they have been looted, they slowly disappear. The goal is to eat the enemies' cakes to make them unable to respawn and then eliminate any remaining members. Cakes also rot after 20 minutes to force the game into a final "deathmatch" phase. You win if you are a member of the last team standing.

Cake Islands are structures which periodically appear throughout the map. Each island consists of a chest on the very top which contains various items, ranging from resources to otherwise unobtainable items and enchantments like Knockback and Infinity. After the chest has been looted, the whole island will crumble and disappear.

Community content is available under CC-BY-SA unless otherwise noted.
Advertisement