This page is unfinished.
It's missing information or has become out of date. Here's how you can help: Kill Streaks/Currency. 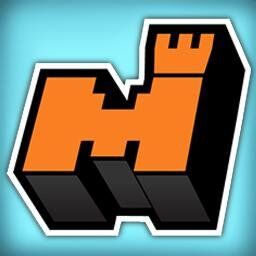 Destroy the enemy team's crystals, defeat their king, and bring honour to your kingdom in this vanilla PvP game!

Castle Assault is a Survival minigame released to Mineplex on May 12th, 2017. In Castle Assault, players need to use TNT to destroy two enemy crystals before being able to attack the enemy king. The game works somewhat similar to MCL.

Destroy both of your enemy crystals and kill their king.

There are two teams in Castle Assault - the red and blue team. Each team usually consists of 8 players. Each of them has their own king, and two crystals, along with one half of the map. Both team's base is also walled off to protect them more.

Chests contain 4-5 random items collectable by everyone to support them in fights. As an important addition to the default kit's equipment, chests should be emptied if possible.

Chests are refilled every 2 minutes, while the countdown is visible on the scoreboard and a message is sent to all players if the chests refill.

There are 16-20 chests in the middle structure of the map, and 0-4 next to the team bases, depending on the map. Chests can include:

Players are not able to attack the enemy king at first, as the king is protected by a large cage.

Players spawn in their respective team bases and are left to kill the opposing team members. This is one of the first games to use Vanilla PvP on Mineplex, the first one being Mineplex Competitive League (before it got removed).

Players can also go to the middle of the map, where a large structure is located. Along with chests, the structure has a TNT Generator in the middle, similar to SkyWars. One TNT spawns every minute.

In order to attack the king (and win the game), players first need to destroy both enemy crystals. These are located on two towers, with bridges and parkours leading up to them. To destroy the crystals, players need to collect a TNT, take it to the crystal and detonate it by right-clicking. When a player has a TNT, it gets placed on their head and red fireworks start flashing from them, showing everyone where they are. When the player with the TNT gets killed, the TNT explodes.

After both crystals are blown up, players are left to kill the enemy king. Both kings health is displayed on the scoreboard.

The players win when they successfully kill the enemy king. If the opponent team left, the killer's name is replaced by "Quitters"

Crowns are the Castle Assault equivalent of Gems. This was done in order to prevent people from being able to buy all kit upgrades immediately, as in Castle Assault you do not need Kit XP to upgrade your kit.

You can earn Crowns the same way as Gems - by playing Castle Assault games.

Castle Assault achievements are tiered - this means that in order to earn a higher tier for an achievement, you need to first finish the lower tier. Unlocking each tier gives the player Experience Points. The amount of XP increases with each tier, up to the maximum 100k XP for getting the highest tier for the achievement. This applies to each achievement separately.

The achievement tiers are:

Notice: All kits are available for free

First Blood: Obtain the first kill in a Match