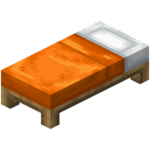 This minigame has been unavailable since Unknown.
The reason why is as follows: Complicated to some players.. For the successor to this minigame, see Evolution (2015 minigame).

Evolution is a removed minigame that was released on an unknown date. Before being removed, it was in the limited status. 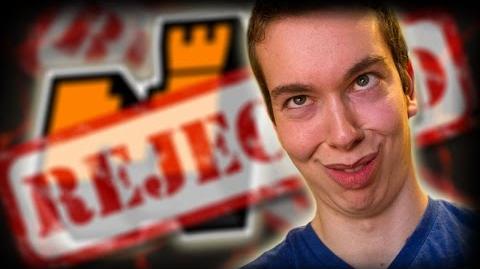 There was only one team: the yellow Players team. The goal of the game was to kill the most players. The game was very much like Super Smash Mobs, in that the game used mobs as character kits and that it was a free-for-all.

While sharing similarities with Super Smash Mobs, it also shares some similarities to Search and Destroy, in that both games let the player "evolve" after getting a certain number of kills. In this game, after a player killed another player, they automatically evolved into the next kit. Players couldn't control the preset sequence of evolution. After evolving, the kit, along with its ability, is displayed in the chat. Each time you evolve, you get weaker. You start out strong, and end the game weaker.

All players had unlimited lives, and respawns were instant. Upon death or evolution, players respawned/teleported to a random part of the map. When a player died, green fireworks would flash at the place of death, along with red dye falling out of the deceased player to represent blood.

Players were displayed at the right side of the screen in green, along with a number in front of all usernames. The number denoted the number of kills a player dealt; players were organized from most kills to least kills.

It is unclear if there was a time limit.

Since players automatically evolved into the next kit after got a kill, the table below shows the order of evolution, along with their abilities. As such, all kits were free. When a player evolves, the chat will say: "You evolved into [kit]!" Players had the option to appear as themselves with their own skin, but still retain their evolutions; as such, the number of evolutions underwent was displayed under an player's username.

There are no descriptions for any of the kits, and as mentioned earlier, all kits are free. The list below details the known kits, but it is unknown if there were more.

Community content is available under CC-BY-SA unless otherwise noted.
Advertisement